ASK THE CAT
:: QUESTION ::
​
" Hey, I’m trying to solve a game using Bayes-Nash equilibrium. The two players are a prisoner who would stab or don't stab and the second player is a prison guard who will tase or don't tase. Either way the guard best option will always be to tase. How can I find a Bayes-Nash equilibrium for this problem? "
NOTE ::  If you like would like to  review - Bayesian Nash Equilibrium check out this video
To answer this question, we first have to make some assumptions about the scenario given to us. Remember that for a Bayesian game, there is one additional player that exists in the situation - Nature. Nature is a non-strategic player that is represented in the decision node tree to endow players with private information about their payoffs in certain circumstances.

Therefore, we can represent this game’s payoffs in the following payoff matrices.

Note: the exact number assigned to these payoffs do not necessarily matter as long as they fit the conditions of the question presented.

When filling in the payoffs for the prisoner’s violent nature, we can assume that stabbing an undefended guard would give them a higher payoff than if the guard had also tased them. Likewise, not choosing to stab when they are tased would only lead to a negative payoff. If neither attack, then there is no positive or negative outcome. 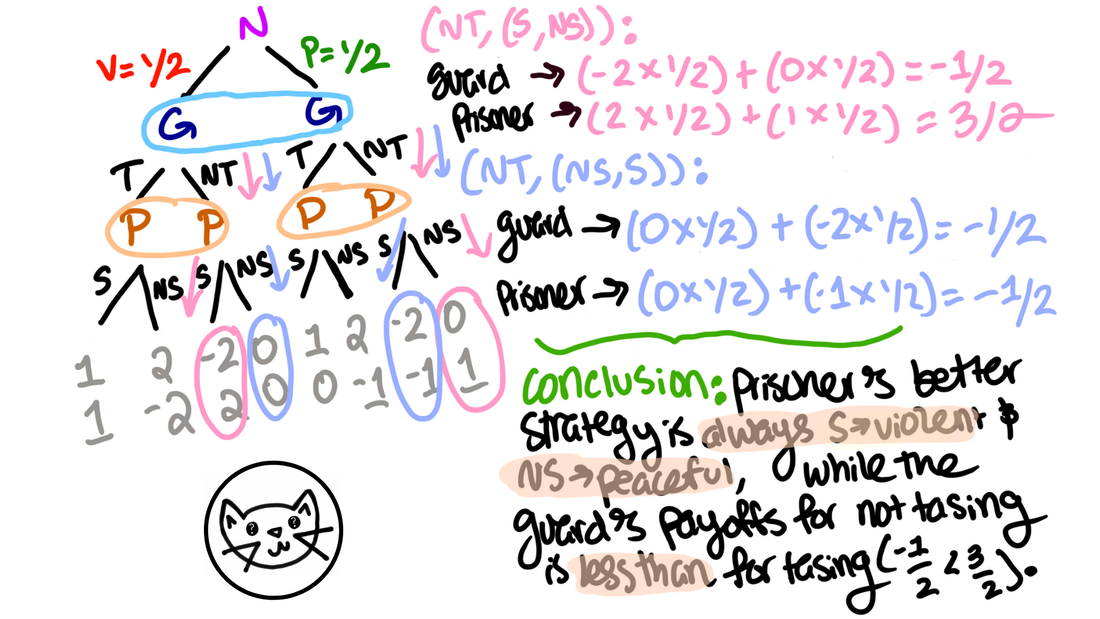